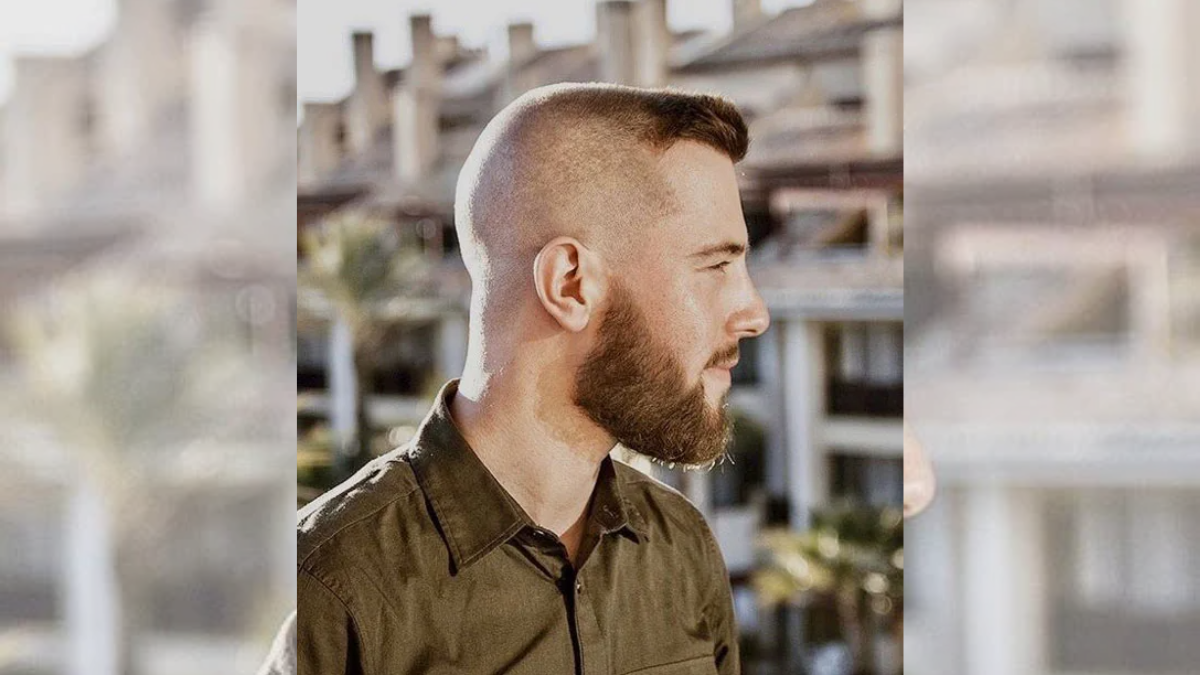 The southside fade haircuts for males are very amazing and extremely difficult to get. To achieve the ideal fade, you must first master the shaving machine and have a steady hand. We strongly advise you to make an appointment at your favourite salon and get this hairstyle done by a professional.

Southside fade haircuts focus all emphasis on your top head, where your hair becomes increasingly noticeable and thicker, and you’ll love how your head feels.

What is a Southside Fade?

Most of us are familiar with the Fade haircut and its three primary variations: high, medium, and low. The fade haircut has taken over the globe and the hearts of fashion fans owing to its adaptability and exceptional aesthetic appeal, but it has never remained constant.

A Southside fade, which incorporates a tight and defined high skin fade that cuts all the follicles around the head till the temple is reached, is one of the countless varieties the high fade may adapt to. In summary, it’s a hairstyle that includes a 3 mm fade in the frontal area and hairline, as well as a disconnected fade on the sides and backside.

Since the appearance first appeared on Houston’s southside, people have dubbed the high fade haircut variety “Southside Fade” and have never looked back. Thus started the successful era with an edgy aesthetic that is still admired today. Its inexhaustible popularity stems only from its adaptability. The Southside fade is suitable not just for individuals with thick or curly hair, but also for those with finer hair. This adaptable look also caters to those who are experiencing the early stages of hair loss, which can be emotionally and mentally draining.

This is one method for creating a stunning southside fade for males! Following the hard fading, make the frame lining on your forehead and the diagonal line on your scalp using a razor tool.

The southside fade will appeal to fans of crew cuts. While they share certain characteristics, a bald southside fade can provide more texture to one’s hair than a crew cut. If this hairstyle is duplicated, awkward stages of growing out hair following a buzz cut can be avoided.

If you want to take this haircut to the next level, you can always mix a southern fade with braids. Keep your hair on top of your head longer so you may weave a beautiful braided pattern.

While there is no evidence to support this theory, haircuts similar to the Southside fade are quite popular among military personnel. It is an effective short haircut that is easy to maintain and usually always remains in place, which might be two of the reasons why persons in the military should and should wear it.

This appearance is especially appropriate for individuals who engage in strenuous physical activities such as sports, as it allows them to feel lighter during sessions. If this hairstyle is used, the scalp will be easier to clean and manage.

If you have curly or wavy hair, you can incorporate this texture into your southside fade hairstyle beautifully. You can achieve this by leaving your top hair longer so that the waves stand out.

Afro hair is tough, but taking care of it isn’t everyone’s cup of tea. While some people like growing their hair out and experimenting with their newfound dreads, others choose a simple trim that is both time and user friendly. This hairstyle is intended for the later group of persons indicated in the preceding sentence.

Because a standard buzz cut with a shape-up is a popular choice among those looking to save time, spice up your hair by including razor decals or even hooks along the hairline or on the sides. Not only are designer haircuts popular right now, but they’re also rather attractive when matched with the proper attire.

This hairstyle necessitates the expertise of a true master of fading hairstyles. With a thick hair contour, create a design that sticks out. Trim the remaining hair to make the construct stand out.

Because the fade is tight and high, integrating designs into the buzzcut will undoubtedly make you stand out in a crowd. It will also offer the hair a distinct look, especially if the design is really valuable to the wearer.

With a southside fade, any design will look great. Whether it’s an initial or a doodle of words, make sure the artwork conveys some meaning so you may utilise it at social occasions.

Choose a unique hairstyle that will draw all attention to your stunning tight Afro ringlets. Make a southside fade while keeping the top section long! Tuck your hair back and you’re set to go!

This haircut initially arrived in Texas, and many black guys copied it, making it a true fad. People who lived outside of Houston were first dubious of this hairstyle.

The haircut is now popular all over the world. This is the trim to acquire if you want a fashionable haircut for 2022!

This stunning bald fade haircut frames your hair beautifully, and it’s an excellent choice if your hair is falling out. Make a lovely trim and contour for your forehead with a razor.

A haircut like this is not just appropriate for guys in Houston, Texas, where it originated. It’s also ideal for Asian guys who want to seem put-together with a short, easy-to-wear hairdo.

Whether your hair is thinning or dense, you may always cherish the remaining strands and flaunt them with pride. Getting a bald fade around the top will help the thinning buzz cut in front adapt, making the high fade seem more tight and defined. As a consequence, the hair will appear thicker than normal, which will undoubtedly boost self-esteem.

13. Southside Fade with Subtle Side Part

A southside fade may also help you grow a big, healthy-looking, and voluminous side part! Because the disconnected fade has a higher beginning point, any comb over haircut, such as a side part or even a slick back, may seem substantially more desired when combined with the southside fade!