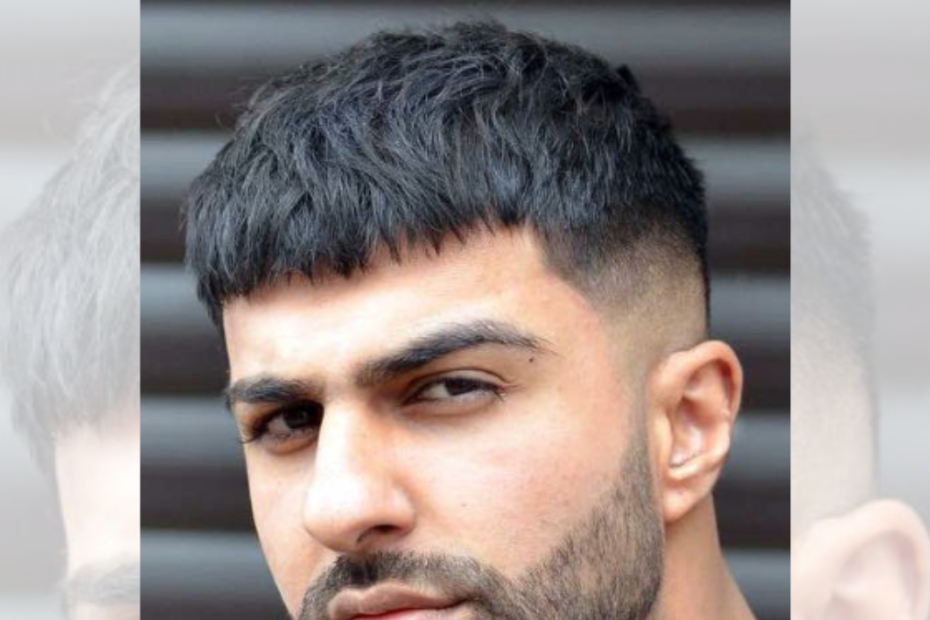 When it comes to hairstyles, it may appear that the selections are mostly for women. Men’s haircuts and hairstyles, on the other hand, have just as much variation. The Caesar haircut is one of the oldest and most popular men’s haircuts. It was immensely fashionable in the 1990s and is now making a comeback, combined with other contemporary men’s fashions.

Certain hairstyles survive the test of time, and the Caesar is unquestionably one of them. It’s a timeless style with ancient origins that still looks great today.
It was called after Roman Emperor Julius Caesar, who wore his hair forward to create a short fringe. He likely done so to conceal his early-onset baldness. Whether this is true or not, the Caesar haircut is a wonderful choice for balding men or those who just desire short, trendy hair. If you’re searching for a unique hairdo, the Caesar haircut is for you. It takes little upkeep and style, and it will never need to be touched up.

The Caesar haircut is named after Tiberius Julius Caesar, the Roman Emperor who used his hair in this manner. From this perspective, the caesar cut may be traced back to ancient times.
The Caesar cut has stood the test of time. This hairstyle may be found throughout several times of history following the Roman era. It has recently been trendy again among Western males in the 1950s.

What Is The Caesar Cut?

The Caesar haircut is a short hairstyle for males with layered bangs. The entire head of hair is virtually the same length with a genuine Caesar cut. Hair is typically 1-2 inches long. It seems regular, tidy, and authoritative in this manner. In addition, every hair is chopped in layers.
In a conventional Caesar cut, the fringe at the front of the head is chopped short, however in current versions, the fringe can be varying lengths or asymmetrical.

Furthermore, the most significant benefit of this hairstyle is that it conceals the receding hairline. As a result, it is an excellent choice for guys who are experiencing hair loss.

This Caesar fade is quirky and attractive, and is ideal for all of you men who love a bit extra edge to your hair. The top half is strongly textured, while the rest of the cut is tidy and elegant, with extremely short, fading sides.

If you like short haircuts and the freshness they provide but want to try something different, this wavy Caesar is dapper and graceful.

If you have a square jaw, pair this hairstyle with complementary rounder features. Although bangs are still trimmed horizontally, hair is longer at the middle of the forehead and rounded out at the sides. This strikes a good balance.

With a Caesar cut on a tapered fade style, you may combine the old and the modern. For this appearance, keep hair on the sides of the head close to the skin and gradually fade into short locks on top.

A typical Caesar cut is a short hairstyle. Bangs on the forehead can be clipped symmetrically or horizontally aligned on a straight line. It has a neat, tidy, and consistent appearance.

This is an excellent example of a classic Caesar. The haircut itself is somewhat classic, with a chopped fringe and short sides. The crisp lines, flawless angles, and tidy acicular texture are the highlights of this style.

This is a barbershop staple that has lasted the test of time. It’s just a classic Caesar with a timeless taper fade that looks excellent on any guy.

Looking for something daring? Because of its completely round shape, this Asian Caesar haircut emphasises prominent cheekbones. Over the ears and around the head, hair should be shaved. Long top hair should be clipped horizontally at the same length.

A modern Caesar haircut seems vigorous, athletic, and youthful. As a result, it is extremely popular among young male college students. This hairstyle, which has a lengthy fringe, frequently covers the brow.

The Caesar haircut seen here features the plain, extra short sides and textured top, finger combed towards the forehead, despite being relatively long on top. When combined with a groomed facial hairstyle, it creates a cool trendy look for a modern-day dandy.

Another type of buzz cut was called after the Roman Emperor, Tiberius Caesar Augustus, for obvious reasons: he was always wearing it. After over a century, another important figure, Mark Zuckerberg, is spotted wearing it. We think it’s a noteworthy haircut, and if you want to stand out from the multitude of buzz cuts, this may be the one for you. You may also customise the style with a designer stub.

If small bangs aren’t your style, consider this long Caesar haircut for a bit of modernism. Hair should be trimmed in short layers with the energy of the style pushing forward towards the forehead. For a high and tight style, buzz the hair above the ears.

The textured caesar cut combines fringe and textured crop styles. The textured section has numerous layers and appears to be enormous. It is really contemporary and elegant.

A traditional Caesar style may appear obsolete these days, and adding a fade is the simplest way to wear your beloved cut in a new, modern fashion. You may choose a temple fade and match it with a faded corner in your face hairdo for balance and a cool twist that will be recognised by someone who is sensitive to detail.

Men adore this look because it is uncomplicated. Furthermore, it is acceptable for even the most corporate occupations. This short cut requires minimal style, making it ideal for the low-maintenance guy.